Chris Wallace: Why this Election Night will be ‘completely different’

Private west-side club for cigar smokers is transformed into a cocktail lounge for all
A new cocktail lounge is set to open just before Thanksgiving in west Wichita, and it will cater to people who like to smoke cigars — and also to those who don’t.

Called The Humidor Cocktail Lounge, the business is actually a re-imagining of The Humidor Cigars and Lounge, a private club and cigar store that opened in 2009 at 8558 W. 21st St North, in a strip center just off of 21st and Tyler.

It’s always operated as a place where members could purchase cigars from an attached humidor then smoke them in a well-appointed lounge furnished with leather chairs situated near a fireplace. Members were also able to bring in their own adult beverages.

But earlier this year, the owners, who include local developer Joe Hemmelgarn, decided to open the business to the public and turn it into a cocktail lounge that could accommodate both smokers and non-smokers. The transformation started in March.

“We’re targeting those couples — that guy or woman who wants to come smoke and the other partner can stay away from the smoke and still enjoy themselves,” said well-known Wichita bartender Ian Luzer, who is serving as the bar’s general manager.

Before, the business featured a front retail area with an attached humidor filled with cigars and cigar accessories for sale. The next room was the indoor smokers’ lounge with the fireplace, and beyond that was outdoor patio space. 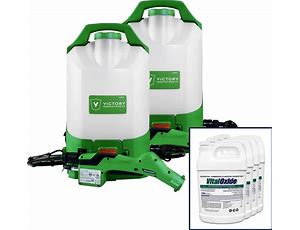 The owners have been busy enclosing the back patio space, and it will become the new spot for people who want to smoke cigars. It’ll have heated floors and garage doors that can be open to the outside when the weather is nice.

The middle lounge area with the fireplace will become a non-smoking seating area, and the front retail space has been fitted with a bar, bar stools, community high-top tables and a few cozy seating arrangements. It also will be for non-smokers.

The large humidor will remain open.

Luzer, who has worked at places like Siena Tuscan Steakhouse, The Belmont, Pumphouse and Vora, is working on a craft cocktail menu and will also serve craft beer and wine by the glass and by the bottle. People will be able to bring their own bottles of wine and pay a $30 corkage fee. If they buy the wine from ABC Liquor across the parking lot and show a receipt, the corkage fee will drop to $15.

The bar will also stock high-end rum, tequila, whiskey and Scotch, and the business will offer a limited small bites menu featuring things like flat breads, meatballs and charcuterie boards.

Luzer also is coming up with a menu of what he calls “session cocktails” that he’ll serve during happy hour, which will last from open until 6 p.m. on weekdays. They’ll be made with a lower alcohol content so that people won’t feel too funny before they get their evenings started.

“They’re still crafted and still full of flavor just like a typical cocktail would be, but you can have a couple and still make it to dinner without being gone for the day,” he said.