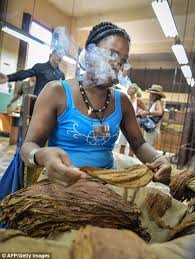 The numbers look strong as cigar consumers continue to support the business despite the FDA doing their best to destroy a community. Keep the message strong and support the industry .

The U.S. cigar market remained robust in the first half of 2017, maintaining the brisk pace set by imports in 2016. For the first half of the year, shipments of handmade, premium cigars from the eight leading producers rose by 2.1 percent, to 158 million cigars, according to data provided by the Cigar Association of America (CAA).

Last year—a year when many cigars were rushed to market in order to make the FDA’s August deadline for grandfathered brands—342 million cigars were imported, up 8.6 percent over the 315 million shipped in 2015.

For the first half of 2017, Nicaragua moved into a slight lead, shipping 70.5 million cigars to only 59 million for the Dominican Republic. But the year’s reports are only halfway complete.

This article first appeared in the October 17, 2017 issue of Cigar Insider.