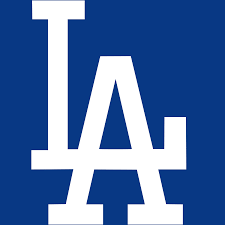 First off I am a Red Sox fan but appreciate great baseball.  I paid a visit last night  to the Lone Wolf Cigar Lounge to meet a friend and the joint was packed with cigar smoking, Dodger denizens rooting on the old home team. As a transplanted east coast dude, I have always felt slightly uncomfortable supporting the blue even though they were originally from Brooklyn but left for the left coast in 57.

I was speaking to a member of my health club and his remark was basically , ” you live in Los Angeles, you need to be part of their fan base. ”  True, I have been here for 20 years so I begrudgingly conceded his point.

As most of you know I grew up in New York and was part of that obnoxious Yankee clan for decades when they were in their apex with Mantle, Ford, Maris and the like.  They hit hard times in the mid to late 60’s and in the early 70’s too.  I grant you all that.  Living in the Bronx made it easy to root for them.  As I drifted to Boston in the late 70’s it was obvious to me, that the Red Sox were the ticket for my baseball zeitgeist. The Yankees became the evil empire and won through a combination of spending for players and developing their own talent.  It worked very well and they became the new model for baseball success.

The beauty of the sport is that it keeps evolving so new approaches are attempted.

Some work and some don’t but the model now is power hitting, power pitching and shifts on the playing field. Metrics rule the game with computers , stats and forecasts.

Players still play the game so we see variations of all types happening in games.  Guys like Dodger Kiki Fernandez hit 3 home runs in a game which could not be ever predicted or charted.

If the Yankees make it to the Show , ( still hoping Houston comes back ) this will be easy to figure. The Dodgers will be the ticket for me in  2017 World Series. Take that Yankee crew.