UPDATE 3/10/2020: According to court documents, at the time of his arrest, Anoop Aggarwal, 22, of Waldorf, was a manager at Room 301, a cigar/hookah lounge in Waldorf, and was also a manager at Willett’s Liquor and Deli, in White Plains.

On February 20, 2020, Aggarwal met with an undercover agent from the Bureau of Alcohol, Tobacco, Firearms, and Explosives (ATF) Baltimore Field Division, at Willett’s Liquor and Deli, in White Plains, where Aggarwal agreed to trade cocaine for 20 cartons of untaxed cigarettes. Aggarwal provided the undercover agent with a quarter ounce of cocaine and in return received 20 cartons of Newport cigarettes. After the transaction, Aggarwal offered to pay the undercover agent three or four thousand dollars to kill the owner of the Tinderbox cigar store in Waldorf. Aggarwal told the agent he would provide him with an untraceable gun and a photo of the man he wanted killed.

On March 5, 2020, Aggarwal met with the undercover agent at Room 301, in Waldorf and traded the agent cocaine for cigarettes again. At that time, Aggarwal told the agent he didn’t want the owner of the Tinder Box killed yet, and he needed to wait until a later date.

Aggarwal was charged with solicitation to kill and murder a person and two counts of distribution of a controlled dangerous substance.

Aggarwal is currently being held in the Charles County Detention Center with no bond.

3/7/2020: On March 5, Anoop Aggarwal, 22, of Waldorf, was arrested by detectives with the Charles County Sheriff’s Office Criminal Investigations Division and Narcotics Enforcement Section, along with Special Agents from the Bureau of Alcohol, Tobacco, Firearms, and Explosives (ATF) Baltimore Field Division, in connection with solicitation to murder a local businessman.Detectives were notified about the murder-for-hire plot while conducting another criminal investigation into Aggarwal. That investigation was initiated in mid-February during a time when Aggarwal was selling and trading cocaine to people in exchange for stolen property.

During the course of the investigation, detectives learned of the solicitation and immediately pursued additional leads which led investigators to obtain multiple search warrants at various locations connected to the suspect.During the searches, detectives recovered a large amount of money, contraband, narcotics and other items. “This is an excellent example of how our detectives were able to work collectively with our federal partners and the Charles County State’s Attorney’s Office to bring this potentially dangerous situation to a quick closure, preventing anybody from being harmed,” said Sheriff Troy D. Berry.

Aggarwal was charged with solicitation to kill and murder a person and two counts of distribution of a controlled dangerous substance. He is currently being held in the Charles County Detention Center with no bond.

The CCSO is not identifying the intended victim.

The investigation into the fencing operation is ongoing as stolen property is being identified.

Anyone with information relating to this case is asked to call Detective Johnson at (301) 609-6453. Tipsters wishing to remain anonymous may contact Charles County Crime Solvers by calling 1-866-411-TIPS or submitting a tip online at http://www.charlescountycrimesolvers.com or by using the P3Intel mobile app. 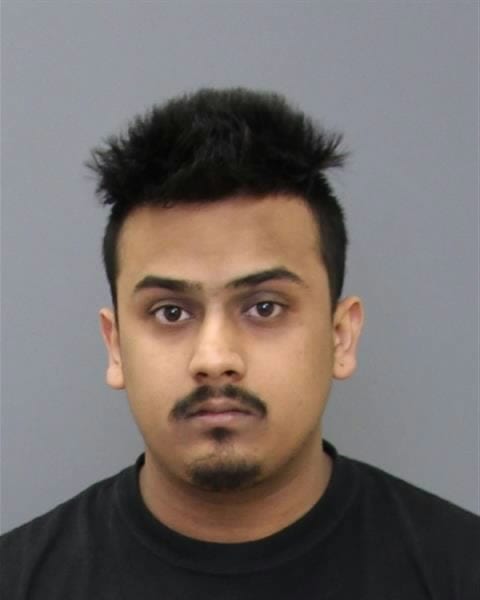