Coming into work today I was wondering when the last time a New York City area  major sports franchise won a championship. I grew up in NY and rooted for all Big Apple sports teams. I was particularly fond of the Yankees as I could walk to the stadium from my families apartment in the West Bronx. It took about an hour to walk but that was not really a long haul.   The subway stop was also close by as I got on at 176 street and the ball park stop was 161 street. Tickets could be purchased for 75 cents for a bleacher seat or you could splurge for a grandstand seat for $1.30 if you had a GO card from your school. GO stood for General Organization which was a form of school government.

We would go with friends to games several times a year during baseball season, the same happened  during the Knicks basketball  season.  I never made it to a Giants, Jets or a hockey game but did see the early version of the Nets in New Jersey and Long Island when they moved there.

The reason all this came to me about championships is the latest cover of Cigar Aficionado  magazine featured Tom Brady of the New England Patriots .  The piece talked about who was going to win the next Super Bowl and touted the Pats beating the Giants in the final.  I wondered if this was another example of east coast bias favoring all teams that were close to New York, and New England.  The Patriots do deserve all the kudos’ as they have been  near the top or winners for years in the NFL.

Here is the track record of teams in the New York area and the last time they won a championship. Take a look and make your own decision.

New York is a great city but not a champion pro sports town.

The two Buffalo sports teams are too far to consider NY/NJ metro area. 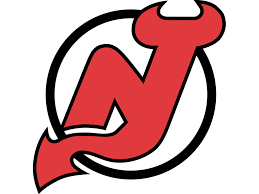 New Jersey across the Hudson River